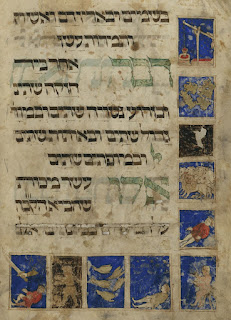 Rupture and Reconstruction: The Canopy's Dissolution 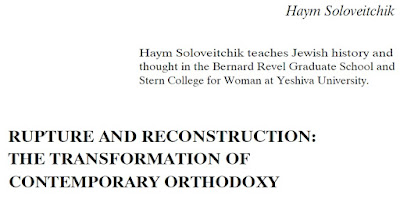 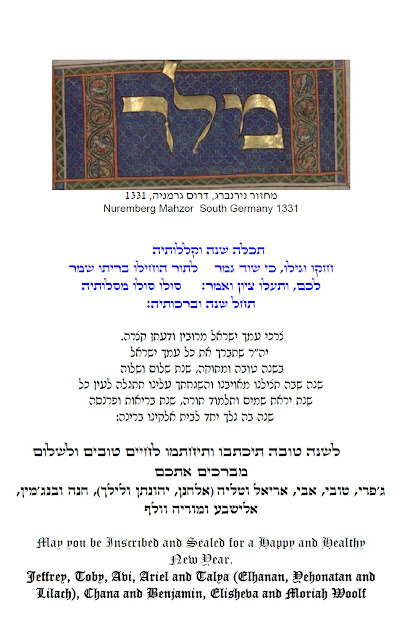 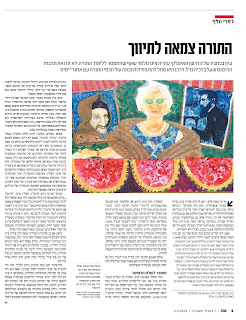 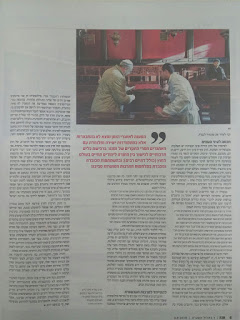 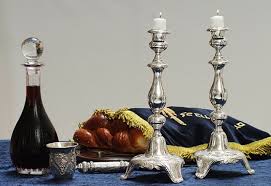 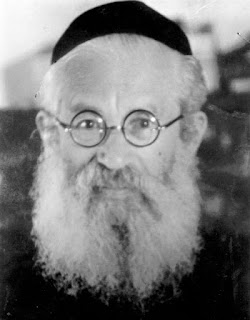 This morning in shul, the person sitting next to me was deeply engrossed in a volume of Rabbi Yitzhak HaLevi Herzog's magnum opus, The Main Institutions of Jewish Law. Excitedly, he pointed out to me a few examples of the author's exquisite English style (and it is, indeed, exquisite).

After a few minutes, he called my attention to a passage where Rav Herzog expresses exasperation with another scholar. The latter had claimed that a certain law in the Mishnah was wholly derived from Roman Law. Rav Herzog reacted with, albeit polite, indignance. He asserted that he did not know whence this writer had the temerity to make such a claim. Indeed, he declared, no such law appears anywhere in Roman Legal Literature! The ruling in the Mishnah, then, was uniquely Jewish and bore no debt to the outside world. I smiled in appreciation.

My friend, who know a thing or two about science, research and data bases was deeply impressed at Rav Herzog's ability to make such a declaration. Obviously, in an age before Data Bases and scanned books, search engines and keywords, Rav Herzog carefully, methodically and judiciously mastered the entire Roman Legal corpus. Otherwise, he would not have been able to make such an authoritative and definitive assertion. I responded that we have paid a very high price for relying overly on databases and search engines, instead of systematically engaging and studying various works. One misses nuance, not to mention a certain intuition that comes from immersing oneself in the works of other writers. 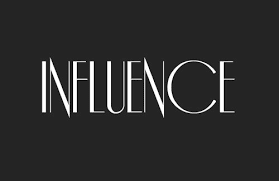 Suddenly, I thought about Rav Herzog's rejection of the idea that some rule in the Mishnah was Roman in origin. Why, I wondered, was he so indignant? Why did he feel the need to triumphantly declare that there was no way the law in question emanated from outside of the Jewish orbit? And, more to the point, why was I warmed by his actions?

The question of the impact of outside cultures on Judaism has always both fascinated and frustrated me. On the one hand, good Jewish patriot that I am, I would like to naively think that everything in our received heritage developed imminently from within. After all, we experience Torah as a totality, and naturally tend to weigh and interpret its various elements in light of the totality of its parts. On the other hand, such a sentiment is patently wrong, even absurd. Jewish civilization has interacted with countless other cultures over the millennia, and has been greatly enriched by that interaction. We are inevitably influenced by the material and cultural surroundings wherein we find ourselves. The real questions are how that influence occurs and in what it results?

Contrary to the prevailing trends in the contemporary academy, I am something of an essentialist (or, better, neo-Essentialist to use Andrew Sayer's phrase). I am convinced (independent of my religious belief) that Rabbinic Judaism has a basic integrity that remained consistent throughout the centuries. Hence, when it encountered multiple cultures it interacted with them. It did not mindlessly, uncritically and mechanically embrace outside ideas and practices (by perhaps tossing thereupon some Jewish decoration). Judaism interacted with the outside world. That which it chose it accept was accepted critically and adapted to the core values and spiritual vision that was uniquely Jewish. There was, I think, even discrimination as to what was adopted.

This position was best expressed by the distinguished scholar of Islam, H. A. R. Gibb, in his article, 'The Influence of Islamic Culture in Medieval Europe.' Two citations from that study will suffice to make the point at bar. 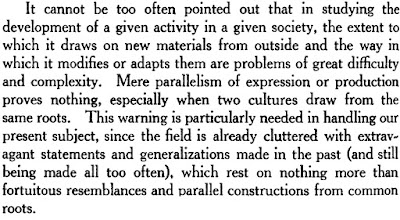 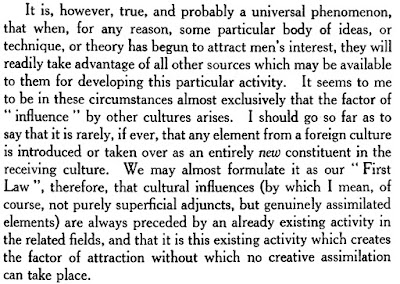 I fully subscribe to both of these sentiments. I would add that even when reality forced itself upon Jewish culture (as, for example, certain aspects of Christian penitence that impacted upon German Pietism, aka Hassidut Ashkenaz), the forces that imposed themselves were still refracted through a Jewish prism (a point I made in a lecture that I offered some years ago at Yeshiva College.)

As a result, I confess that I bristle when I encounter the wholesale reductionist stance that characterizes the work of so many Jewish academicians. Whenever there is any parallel between a Jewish source and a non-Jewish source, the automatic reaction is: Aha! The Jews took it from there!!! The idea that Jews might have originated something out of their own religious or cultural nexus isn't taken seriously. Neither is the possibility that similar phenomena might emerge from similar circumstances. (Never mind the consideration that even if there was influence the significant questions are: What? How? To what Extent? and not just establishing that there was influence.) Indeed, sometimes, when I read or hear colleagues presenting this kind of argument, there's something triumphalist, celebratory in their words. But why? Sometimes I think it's an expression of a deep seated need to belong to the outside world. Other times, it seems that Jewish otherness bothers them, or that they are burdened by a serious cultural inferiority complex. 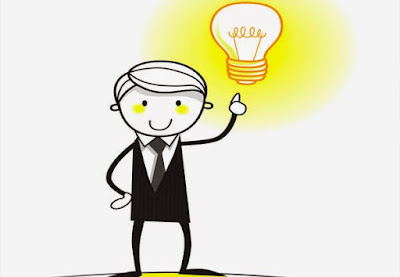 Whatever the motivation for this non-nuanced understanding of cultural interaction, one thing struck me as I was talking to my friend. The obverse of the compulsive search for outside influences upon Judaism and Jewish culture is that Jews are incapable of being original on their own terms. If so, they must be deemed cultural parasites. Hence, on some level there is a similarity between this operating assumption and the Antisemitic (and deeply Marxist) trope that Jews are not productive economically but merely parasites on the body politic of Europe. That image of the Jew, in turn, is rooted in the notorious blood libels of the Medieval and Modern Worlds.

When that insight hit me this morning, I fully understood Rav Herzog's indignation.

And my delight in his reply. 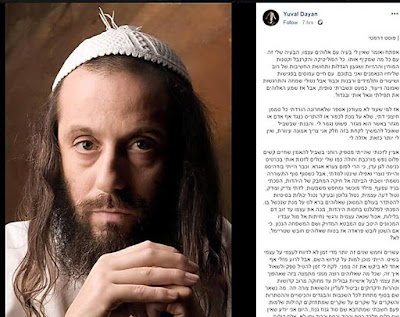 Fighting the Hydra: On the Return of Anti-Semitism 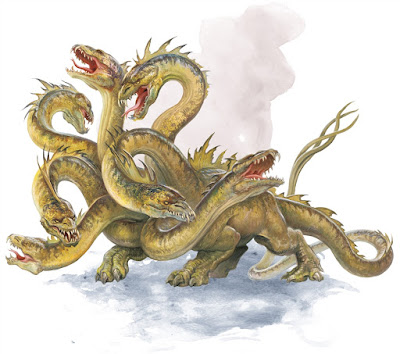 On Shabbat, Bet Chabad in Poway California was attacked by a White Supremacist, leaving one dead and a number wounded. The attack came six months after an even deadlier assault in Pittsburgh. Yesterday, the New York Times, published a deeply anti-Semitic cartoon that invoked the medieval image of the Jewish dog, the Satanic Judas and the Protocols of the Elders of Zion. Jews, together with people of good will, are justifiably horrified and grieve the senseless deaths, the desecration of holy ground. They are outraged at the explicit dehumanization of the Jew in terms more fitting of Der Stürmer and Völkischer Beobachter, than of the ‘Paper of Record.’
They should not, however, be surprised.
Since the end of World War II, most of us have been under the illusion that Jew hatred has been in recession; relegated to the fringes of society, there to wither and die. That belief has proven to be wrong. Hatred of the Jew, whose roots reach back to Greece and Rome merely went underground. It did not wither. It lay dormant. Now, as a result of multiple forces, Anti-Semitism/Anti-Judaism has reemerged in Europe, in North America, and in Arabia..
The trouble is that we have become used to a world wherein Jew hatred was absent. Hence, its return elicits turmoil and pain. Part of the turmoil is because, in contrast to our forebears, we have lost our ‘sea-legs.’ We don’t know what to make of Antisemitism. We are constantly shocked to encounter it. So, we struggle to understand. We blame Anti-Zionism. We blame White Supremacists. We viciously blame each other, in the somewhat naïve belief that if Jews would only behave properly (each from his own point of view), Jew hatred could be defeated.
Yet, even if we grant that Jews are obligated to constantly improve their behavior, we will still miss the point. Anti-Semitism is an historical phenomenon that transcends all explanations. It defies reason and rejects logic (despite the best efforts of historians, philosophers and psychologists to explain it). How else can we understand that the Jew is dangerous because he is both Right and Left, Capitalist and Socialist? How else can we explain that Antisemitic images and prejudices pass easily from the Atheist Left to the White Supremacist Right to Jihadi Muslims? Antisemitism possesses one common denominator, the abiding hatred of the Jew and of Judaism.
So, what are we to do?
First, we must acknowledge that we are under attack from multiple directions. Making excuses for one side’s Jew-hatred encourages all. We must unhesitatingly acknowledge the fact that Jew hatred comes from different directions (even those with which we identify on other issues). Jews and all people of good will, uncompromisingly fight every manifestation of Antisemitism: Right or Left, Progressive or Conservative, Muslim or Christian.
Second, in order to fight one needs that for which to fight. I learned how from a beloved teacher. His name was Rabbi Isaiah Wohlgemuth. In the mid-1930’s he was rabbi of the German town of Kitzingen. He fondly recalled those years as a ‘Golden Age’ for German Jewry. Why? Because the Jews responded to their dire situation by deepening their Jewishness. They studied their heritage, and sought out each other in communal solidarity. In brief, they answered their adversaries and became meaningfully steadfast by becoming better Jews.
In this old/new situation, if we do not come to understand that for which we exist as Jews, the consequences will be nothing if not fraught. Fatigue, despair, or even self-identification with our adversaries could result (as they have over the centuries). Engaging the hydra of Antisemitism together, based upon profound Jewish knowledge and identification (which, of course are best achieved in the Jewish Homeland), is a proven path to its subjugation (even if not its slaying).
Over my desk, hangs a cartoon. In it, a Professor tells his student: ‘Those who don’t study history are doomed to repeat it. Yet those who do study history are doomed to stand by helplessly while everyone else repeats it.’ In these few lines, I have tried to share what I’ve learned from Jewish History. Let us learn its lessons, and not repeat them.
Posted by Jeffrey R. Woolf at 15:35 No comments: