Bet Hillel and the Rav זצ"ל (in Hebrew) 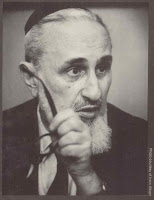 Agnon, Jewish Studies and Footnote: A Reply to Hebrew University 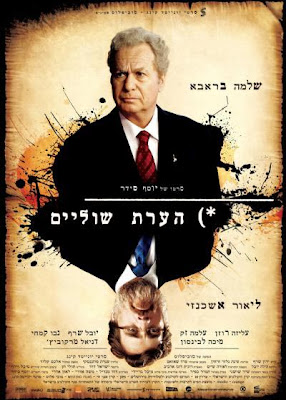 Taking a break from my labors, I wandered about the stacks and struck up a conversation with Professor Shmuel Safrai ז"ל of the Hebrew University (Israel Prize 2002). I had never met him before, and found him to be an engaging person, a gracious scholar and a true תלמיד חכם. He was also a wonderful raconteur, who kept me spell-bound with tales of well-known Jerusalemites that he had known, such as his rebbe, R. Zvi Pesach Frank זצ"ל.

One story, in particular, has stayed with me, and made an ever deeper impression upon me. Safrai was a resident of the Jerusalem neighborhood of Talpiot and, as such was a neighbor of Nobel Prize winner (Literature 1966), S. Y. Agnon. Agnon, whose literary brilliance, inter-textual depth and profundity of thought were legendary, had a long history of conflicted, acerbic relations with the members of the faculty of the Hebrew University. On the day after the prize award was announced, Safrai met Agnon on the street and congratulated him on this signal, international honor. Agnon, with his renowned sense of sarcastic irony, replied: ‘Perhaps now, the Sages of Mount Scopus, will take me seriously!’ (אולי עכשיו יתחשבו בי, חכמי הר הצופים). [There is irony in the very formulation, since the Mount Scopus campus had been abandoned in 1948 and was then a small military enclave in the Jordanian-occupied Jerusalem. It would only be restored after Israel's victory in the Six Day War. a year later.]

I recall being struck by Agnon’s wry, bitter comment. Why, I asked myself, did a Nobel Laureate whose works are standard fare in every Israeli school and everywhere that modern Hebrew Literature is read and studied, care about the opinion of the Hebrew University faculty? Why did someone whose writings served as an important mediator of Jewish ideas and concepts to the broader Jewish Community, and beyond (e.g. Days of Awe); a person who was an important facilitator of the Great Jewish awakening of the 1970's and 1980's; why was such a great figure burdened by the question of his acceptance by a coterie of academics?

As the years passed, as I became acutely aware of the psycho-dynamics of Israeli academe and cultural life, I came to more clearly appreciate the source of Agnon’s angst.

Hebrew University regards itself as the only university in Israel. Historically, it fought tooth and nail to prevent the establishment of all of the other institutions of Higher Learning in this country and, generally, has controlled the Council on Higher Education, the Israel Academy of Science, the leading Hebrew Academic Jourals and the Israel Prize. The other universities (Tel Aviv, Bar Ilan, Haifa, Ben Gurion, and the Technion) are treated with a mixture of supercilious disdain, tempered with a certain pitying noblesse oblige. Sadly, these other institutions have long bought into this position and writhed in anguish as a result of their 'inferiority complex.'

Ordinarily, I would not have devoted a posting to another seamy tale of academic intrigue, if only because the viciousness of academic politics (especially its Israeli variant) is often a tribute to its inconsequentiality. However, recently matters have branched into questions of substance that require comment. Here, moreover, I must emphasize that my reason for writing is not institutionally based (even though that consideration is not irrelevant, as will soon become apparent). Rather, I am moved to write as a result of years of meditating on the specific point at issue. But, I am getting ahead of myself.

Ever since it was released, Joseph Cedar’s Oscar nominated film ‘Footnote’ (הערת שוליים) has had Israeli academe (and its Jewish Studies elements, in particular) in a tizzy. Its painfully accurate evocation of the darker side of Israeli academic life is obviously based upon composites of real figures and events. (Discussions of these are found here, here, here and especially here). One of the central themes of the film is the methodological battle between a father and son, Professors Eliezer and Uriel Shkolnick, both of whom are members of the Hebrew University Talmud Department. Shkolnick père is a classic Talmudic philologist who has devoted his life to the painstaking reconstruction of an alternate version of the Jerusalem Talmud. Shkolnick fils, on the other hand, harnesses a broad gamut of academic disciplines to understand and interpret the religious and cultural world of the Sages. The father has nothing but contempt for the broader, ostensibly more interesting, inter-disciplinary and interpretive method that his son has adopted.

Last week’s Makor Rishon had an article about the film in which a prominent member of the Hebrew University Talmud Department was interviewed. He acknowledged, and made a cogent case for, the almost exclusive focus that his department has upon Talmudic philology, viz. the careful correlation of manuscripts and testimonia, with the goal of recreating the most exact version possible of the classics of rabbinic literature, before attempting substantive textual interpretation. The speaker admitted that this focus is not very popular, or interesting. As he put it, 'Our goal is to interpret Talmudic texts in a literal manner (פשטנית).‘ We strive for truth and not necessarily for an innovative reading (חידוש).'

At this juncture, the interviewee launched a blisteringly vicious attack on Bar Ilan University's Talmud Department, and its One Year MA program. His intemperate remarks, as the official university response noted, are full of inexactitudes and distortions. His vicious comments constitute a specious and intemperate assault on the academic and intellectual integrity of another institution.

I know this to be true, because I teach in that program, as do the very best members of my department (most of whom were either trained in Hebrew University's Talmud Department, or have very close ties thereto). In fact, in this regard, I am the exception. (Harvard, apparently, is not very highly regarded in the low oxygen atmosphere of certain portions of Mount Scopus). In any event, having taught at Yale, New York University and Yeshiva University; lectured at universities throughout the United States and Europe, I can assert that the level of instruction is as high as that of any other department (including that which the interviewee represents).

Let us, however, ignore the ad institutionem aspect of these scurrilous remarks. The speaker is, likely, terrified (as were Virginians in the Age of Jackson and the Israeli WASPs, after the rise of Likud) by the potential loss of its hegemony. After all, Bar Ilan's MA attracted over 45 students this year from all over Israel, and its prospects look even better for next year. The supercilious dismissal of the program, thus, is a typical expression of Hebrew University exclusivism (of the type that worked so effectively for R. Elazar b. Arakh or the Babylonian Ga'onim after the death of Rav Hai Gaon in 1038).

There is, however, a deeper issue at stake here.

I refer to the question of a university's educational mandate, in general, and that of Israeli universities, in particular. It is this issue that lies at the core of this Hebrew University professor's attack (for academic researchers do not dispute the importance of philology for scholarship).

Bar Ilan's One Year MA program is a non-research degree. Its stated goal is to provide qualified students with a high level of literacy in the full panoply of rabbinic literature and its history. The program includes everything from the philology and taxonomy of classic Rabbinic texts, to my course on the interaction between Halakhah, Kabbalah and Philosophy. Its point is to create educated men and women, and to deepen their knowledge with a sophisticated appreciation of the main stream of Jewish Life and Creativity, viz. the Talmud and Jewish Law. It achieves that goal incomparably well, as borne out by the high enrollment and the enthusiastic responses on the students.

This MA program, so derisively dismissed by this interviewee, is an expression of the deep and abiding sense of obligation on Bar Ilan's part, to responsibly share the treasures uncovered by Jewish Studies, with the world outside of the Ivory Tower (cf. Guide for the Perplexed II, 37). Fulfilling that obligation has absolutely nothing to do with the formal research undertaken by its faculty, or with the high quality of work demanded of its research-track graduate students. Again, it betokens the deep and abiding commitment of the institution and its faculty to its role as a Jewish institution, in a Jewish State that is, at present, experiencing a thorough-going Jewish Renaissance.

Jewish Studies belong to the entire Jewish People, and fill an essential role in its ongoing development and survival in its ancestral homeland.They must be (and can be) made available to all, in an accessible idiom, without sacrificing one whit of their intellectual integrity. This was a central lesson that was imparted to me by my own teacher, Professor Isadore Twersky זצ"ל, at Harvard (who, ironically, Hebrew University claims as one of its own). (Indeed, he believed that these were, with some prominent exceptions, part of what one might term 'Torah in the wider sense.') I have absolutely no doubt that he was right, and it is that conviction that vivifies me professionally.

So, the most appropriate response to Agnon's question to Safrai, as to this more recent assault on Bar Ilan, should be: 'Who cares?' The approval or disapproval of arbiters of Truth and Integrity are only of interest if one accepts their over-weening status. Otherwise, they are mere mortals whose opinions should be evaluated, respectfully, and then either accepted or rejected on their merits (and not based upon their authors. cf. R. Avraham Maimuni's מאמר על דרשות חז"ל). Sub specie aeternitatis, in the eyes of the only real Arbiter of Truth, there is no doubt as to whose contribution was of greater worth.