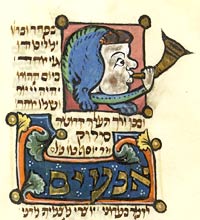 A famous vort, attributed to the Kotzker Rebbe, goes like this:
The Kotzker once emerged from his inner sanctum to find his Hassidim swaying while praying. Angry (but wasn’t he always), he cried out: Der vos shokelt zich, shteht fun veitens. Loosely translated, and sacrificing the sharp homiletic, the Kotzker was saying people who shockel miss the point. One is supposed to tremble ‘inside’ (innervenig), and not merely outside.

What did I see? I saw more of what I see all over Israel and all over the Orthodox World. The pace and the body language of the people cried out: ‘It’s 1233AM (sic!). Let’s get this over with quick. I’ll do exactly what I’m supposed to. If the Shaliah Tzibbur misses a note or uses the wrong nusah, I’ll be the first to send him to Golgotha. However, don’t you dare make me devote more time to this than I need to.’ As we all know, in a different context, Tosefet Shabbat be-yetzi’ato is a sin.

This is the tragedy of much of contemporary Orthodoxy. Halakhic punctilliousness has conquered the field, but in too many places spirituality has been banished. As Professor Haym Soloveitchik concludes in his magisterial essay, ‘Rupture and Reconstruction’: ‘Having lost the touch of His presence, they seek now solace in the pressure of His yoke’ (Tradition, 28(1994), 103).

I have no doubt that he is correct. The state of affairs that he describes, however, is neither sufficient nor acceptable. It leaves observance anemic, at best, and totally stale, at worst. The massive search for spiritual expression that presently characterizes contemporary Orthodoxy of every stripe is a loud protest not against Halakhah, but of the legitimate need to infuse mitzvot with feeling and with God’s Presence. The Rov זצ”ל already foresaw this need. From the late 1950’s on, he consistently complained of having failed, as it were, at developing a sensitized spiritual awareness among many of the same disciples who had mastered the Brisker Method and were capable of dazzling hiddushim in every area of Halakhah. (See, e.g., ‘Al Ahavat ha-Torah u-Ge’ulat Nefesh ha-Dor’ and his oft-cited remarks in his eulogy for Reb Haim Heller, ‘Peletat Sofrim’).

In light of this lugubrious reality, is it any wonder that so many of our children and youth take off their kippot?

There is, however, even more to my deep sense of ennui and despair the past few days after Selihot. Ladies and Gentlemen, we are presently in very serious trouble, both as a people and a religion. Assimilation is an aggressive cancer eating away at the body politic of our nation, both here and abroad. The forces of evil really are planning to destroy us, and are developing the means to do so. As the Psalmist said (Ps. 85, 5): They have said: ‘Come, and let us exterminate them as a nation; that the name of Israel may be remembered no more.’ Throughout the Summer, as we read Sefer Devarim, the words of the Torah had an immediacy and a global relevance that I had never felt before. Particularly during the most recent war, I walked around feeling as if I was living in the midst of Shirat Ha’azinu. From conversations with many, many others, I am not alone in that feeling.

Isn’t that enough reason to cry out from the depths of our souls to God to save us? Is it such an imposition to move ourselves to feel? How long will we sophisticate ourselves to death? After all, Tefillah be-Et Tzarah is the commandment of prayer according to the Ramban, and a special dimension (qiyyum) according to the Rambam ( See Sefer HaMitzvot, Aseh 5 and Hassagot Ha-Ramban and Hil. Tefillah 1, 1 and Kesef Mishneh, ad loc.).

Self-satisfaction is the perpetual malady of the Jew. It is also quite lethal, as we will read on Shabbat Shuvah (Deut. 32, 15): ‘Jeshurun thus became fat and rebelled. You grew fat, thick and gross. [The nation] abandoned the God who made it and spurned the Mighty One who was its support.’ This ailment comes in all shapes and sizes, visiting both ostensibly observant Jews as well as the non-observant.

There are a few days left to prepare for Rosh Hashanah. We should search our souls, unleash our souls, and not just check the size of the shofar and the rate of the stop watch to time the teqi’ot.
Our Lives, and our souls, depend upon it.

[I wrote this five years ago. Tragically, it's still painfully relevant.]

The Real Victims of the Palestine Authority

The world's hypocrisy, especially the hypocrisy of the Jewish and Israeli Left, is best borne out by the Palestinians themselves. No, I'm not referring to the well-dressed, well-fed self-appointed representatives of the PA, the PLO, and Hamas. I'm referring to the simple, working class Palestinian Arab.

You see, as opposed to the Left, I live among Palestinians. Right now, I hired an Aran named Ghattib and his son Ayman, to help us move to a temporary apartment while we renovate our house. The tale he tells us is horrific. They have no medical insurance. They have no medications. They have only fifth class hospitals (as in Bethlehem and Hebron). They used to get a minimum ration of oil and flour. Once the PA goons found out that Ghattib does occasional work for Jews, they cut him off because he must rich. His daughter-in-law has rheumatism and had to travel to Amman for treatment. Ghattib is working overtime to fund her treatment. Why don't you have medical insurance, I asked?

The fatcats in the PA take all the money and build themselves mansions, buy clothes and fancy cars. They leave nothing for us.

This is the state the same fatcats are crying for. I guess it's good for them. For Ghattib, it's an ongoing nightmare.

Forty One Years Later: My, Father, A. Irving Woolf ז"ל 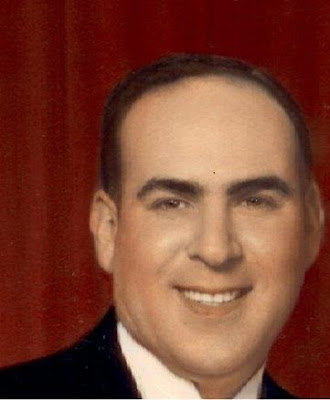 It seems like only yesterday. It was a cold, drizzly Friday morning in Nantasket. I heard my mother ע"ה scream (it was 5:45AM). I ran into her room. She was standing with the phone in her hand. Wit a look of shock and horror on her face she cried: 'Daddy passed away in his sleep!' It was left to me to wake my brothers and tell them the horrible news that would change our lives forever.

It seems like only yesterday, but it happened forty-one years ago. I have often thought that time (on a certain level) stopped for me at that moment. Of course, it didn't really. I was blessed with a heroic, wonderful mother and siblings. I found my עזר כנגדו with whom I had the merit and love that allowed us to build a family based on אהבת ד, אהבת העם ואהבת הארץ. I was privileged to study at the feet of the greatest leaders of my generation, both Torah giants and Leaders in צדקה and חסד.
God has blessed me in so many ways.

Yet, the cold chill of that moment never goes away. Someone is always missing. I miss smiling, fun-loving man who was always there and able to show us how to enjoy life (especially on the spur of the moment. 'Full of Fun' is how a cousin described him). I so wish he'd been here longer for me to learn that lesson, or to just have someone to talk to (as I imagine sons speak to fathers). Not only my life, but that of my children would've been that much better for it. I miss sitting with him in Shul, with his hand lightly on my shoulder. He was an emotionally shy man, who poured his obvious love for us into actions and hesitant words. We played Little League, he was the team manager. We were in Cub Scouts, he was the Packmaster....You get the idea.

But, oh, if I could I could only summon up the memory of his voice.

He was such a good, kind man. Like every good man, he told none of us of the many many acts of חסד that he performed. We only heard about many of them during the Shiva and after. Perhaps the greatest tribute to him was the large contingent of Blacks who he had helped to buy their own homes who came to the funeral and, one by one before the service, came forward to kiss the casket. (A ringing denial of a nefarious, agenda-ridden history of the times.)

Forty One years, only yesterday and lifetime ago.

Maybe this year I'll learn to embody the lessons of his short life to a greater degree. That would restart the clock.